This morning I was shocked to hear that NBA player, Lamar Odom, had been rushed to the hospital after being found unconscious in a Nevada brothel. He was found unresponsive four days later at 3:15 in the afternoon. Lamar’s issues with addiction have been in the public eye for quite some time. At the age of 12, Lamar lost his mother to cancer as well as his grandmother in 2004. Two years later, in 2006, his infant son died of sudden infant death syndrome. This man has been through so much.

When I heard the news, I automatically thought of transiting Neptune in Pisces. For all  its spirituality and mysticism, Neptune has a dark side as well; from illusions to escapism and drugs, Neptune is also associated with mysterious circumstances. Lamar’s natal Neptune in Sagittarius is quite dominant in his chart. His Neptune opposes his Gemini Moon and squares Saturn. This is a strong indication of a lack of boundaries and emotional escapism. Transiting Saturn in Sagittarius is conjunct his natal Venus/Mercury conjunction. This can create feelings of isolation and loneliness. Stressful Venus/Saturn aspects points to a lack/denial of love. Transiting Chiron in Pisces is also square his Moon and Neptune. Emotional hurts are being triggered and the loss of important women (Moon) in his life (his mother, grandmother and demise of his marriage) are probably causing him to self-medicate even more. His natal Uranus in Scorpio is conjunct his Sun and square Mars, creating an impulsive individual who doesn’t look before he leaps. There’s nothing to rein him in.

This brings me to the asteroid, Bacchus (Dionysus in Greek Mythology) god of the vine, fertility and ritual madness. Bacchus is very much the state of madness when it comes to controlled substances. Addiction, hedonism, and excess are the shadow side of Bacchus. Lamar’s natal Bacchus is in Sagittarius at 11 degrees conjunct Neptune and opposite his natal Moon in Gemini. The conjunction between Neptune, planet of illusion and drugs, and Bacchus, a god when making stressful aspects, associated with alcoholism and the struggle with dealing with reality, is particularly powerful.

Lamar is experiencing his Bacchus return.Transiting Bacchus in Sagittarius was opposite his natal Moon, conjunct his natal Neptune/Bacchus conjunction and quincunx natal Chiron in Taurus when he was found in the brothel by two workers. Women at the facility reported that Lamar took ten herbal supplement tablets over the course of 3 days. This is very much in keeping with transiting Bacchus square transiting Jupiter. Jupiter expands what ever it touches and with it’s stressful aspect to Bacchus, we have an individual who has no concept of moderation. It’s now been revealed that Lamar may have used cocaine while at the brothel. I sincerely hope that Lamar pulls through this. 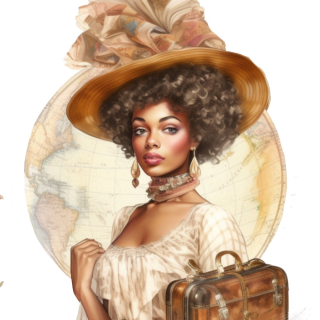